Sorry. Your search did not match any active Crucial part numbers or configuration IDs.
or

Sorry. Your search did not match any active Crucial part numbers or configuration IDs.

How technology leveled up the music game

Music is nuance. It’s the soulful guitar soloist playing a little behind the beat. It’s the grace notes shaping melodies. It’s the 30th audio layer on an intricate dj mix, adding a hand clap or a piccolo or a bird song.

But music, and all of its subtleties, is also data. From the small-time artists recording at home to the server farms powering your streaming services, tech evolution has reshaped the way artists produce songs and how you consume them. Music is art, just as it always was. It’s also ones and zeroes. 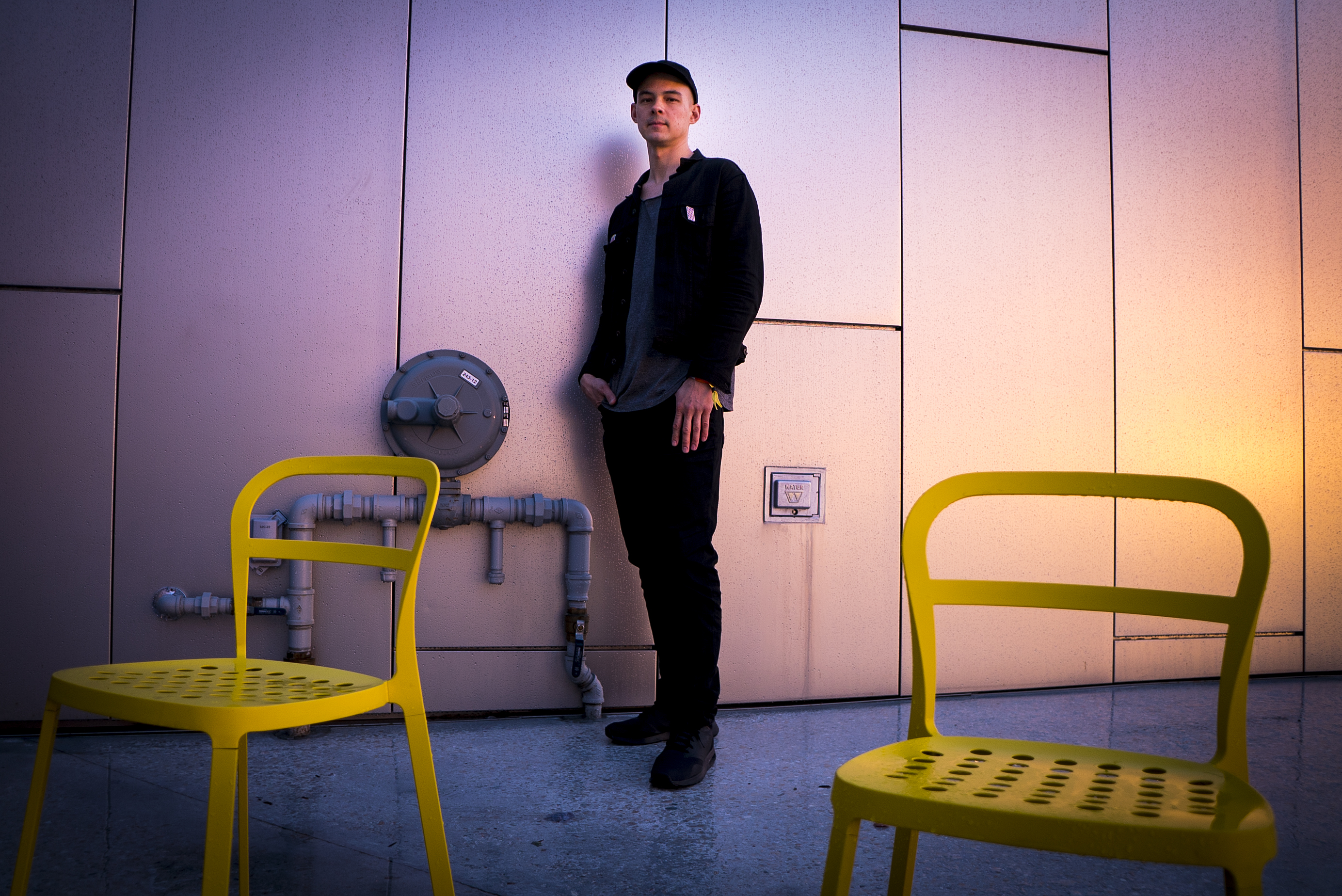 Just ask DJ Michna, who pays his bills by turning beats into bits.

DJ Michna – Adrian Yin Michna in real life – probably couldn’t have cobbled together a career as a full-time artist 30 years ago, when success depended on landing a record deal and selling cassettes or CDs. Short of that, creating his beats, which feature dozens of intricate layers of horns, percussion, samples and miscellanea, wasn’t possible, either.

And it certainly wasn’t possible for a new listener – or ad agency or TV show executive – to find him with a few mouse clicks.

“I don’t always know how they find me, but sometimes it’s on Pandora, or from a suggestion on Spotify,” Michna says. “I do know that, when I licensed some songs to “Silicon Valley,” they hit a totally new audience you wouldn’t expect.”

“That was the kind of thing where my aunt was texting, asking if that was my song on TV,” Michna says.

Michna devotes stretches to working on albums, but much of his time goes to creating demos for advertisers. Sometimes, those companies commission him to create ad tracks that they then decide if they want to use. Even when they don’t, Michna winds up with content to reuse elsewhere.

“You hope you’ll make a million dollars on a Toyota commercial, so of course, you do that,” he says. “It’s like playing the lottery. You throw those demos against the wall. You still get paid for those demos. A lot of those you can end up using somewhere else.”

All of that work goes into the DJ Michna library. Ghostly, his label, finds licensing deals for them later. Agencies today amass tracks in databases that enable clients to search for songs using a plethora of search terms relating to musical style, lyrics, instrumentation and many other aspects, allowing them to discover music by artists they’ve never heard of.

The databases live in servers containing millions of songs, requiring vast sums of DRAM to filter and access. Increasingly, those terabytes of tracks are stored on solid-state drives, which offer quicker, more reliable access in part because they don’t depend on moving parts like traditional, spinning-platter hard drives.

Michna’s home setup for recording, storing and accessing tracks is a local version of the cloud-based data systems used by labels and agencies. He keeps track of everything, and nothing goes to waste. He often returns to previous work for new projects.

“You get this stockpile,” he says. “Maybe Nike paid me to write six beats, but I actually wrote 18 beats for it. That’s stuff you can put on SoundCloud or your website.” 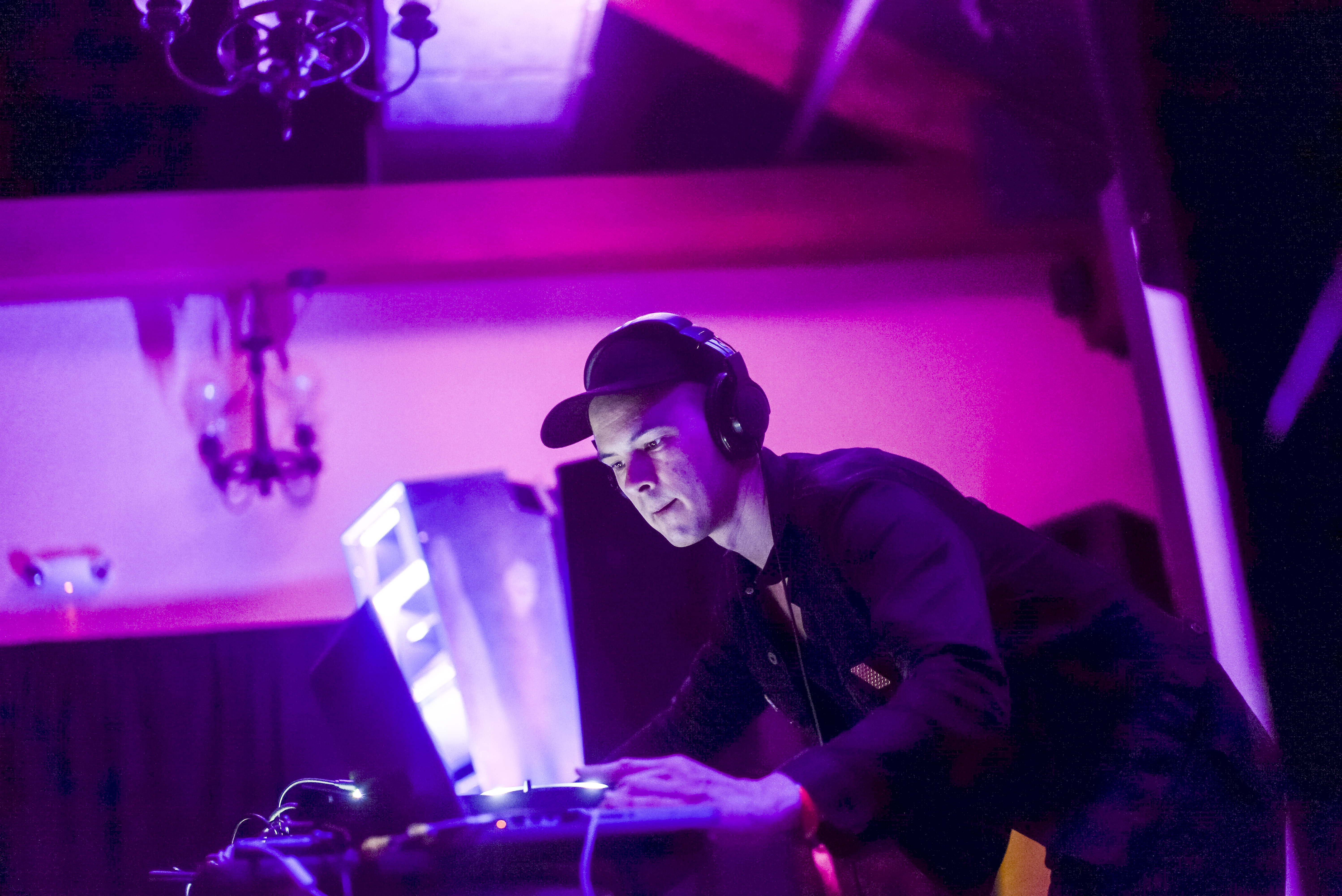 Recording equipment was prohibitively expensive when Michna played horns in a band in the 1990s. Today, software allows artists to add drum beats or a clarinet line or virtually any instrument in a clean, edited track.

“Technology has made everything so accessible and entry-level,” he says. “It’s made the playing field very even. That’s nice.”

Evolving technology has also enabled artists to take greater control of their business. Musicians of yesteryear needed a radio hit or a record deal to gain fans who had never seen them perform. Now, artists have a host of digital tools to build a following on a personal website, YouTube, social media outlets, streaming services and anywhere else.

“If you are just starting to release music without a label in 2018, you have no choice but to be entrepreneurial,” he says. “You must push yourself to learn Photoshop and to edit videos and then implement original content on every platform.”

Not long ago, the music industry was fractured between artists making albums and songwriters creating jingles, ad songs or other products for commercial use. There was a stigma attached to “selling out,” or sacrificing artistic goals for a paying corporate client.

DJ Michna is able to support himself by doing both. The two industries blended when free recording software and computers became affordable in the early 2000s, he says.

“Fast forward to 2018 and it is completely normal for someone to write demo beats for Pampers, and then two months later release fully flipped and overhauled versions of those ideas on Bandcamp and SoundCloud, calling it an EP under an alias,” he says.

YOUR MUSIC LIVES IN BIG DATA

It feels like everything tech has transformed, but one antique remains from the Napster days: the MP3. Requiring about one megabyte per minute of audio, the trusty MP3 was always compact enough to be useful, with a full-length album easily fitting onto a 250MB thumb drive.

However, the storage used to house music – and video and, in fact, all media – has undergone several evolutions. Today, thousands of songs fit onto a 16GB thumb drive. And where that 250MB drive cost around $100 more than a decade ago, the 16GB drive costs around $10 today.

But fewer consumers today store their own collections, instead subscribing to streaming services that store millions of songs in massive databases, says Jon Tanguy, Sr. SSD Product Engineer at Crucial.

To enable users to quickly access and stream files of audio, video or anything else, more service providers are embracing the superior speed of solid state drives instead of traditional spinning-platter hard drives.

“The most irritating thing is when users have to pause to buffer data,” Tanguy says. “That’s the concern for these service providers. I think a lot of them are moving to solid state drives to provide the sheer speed needed to keep their customers happy.”

Solid state drives also enable fast random searches to huge databases, Tanguy says. As an example, Tanguy mentioned an app he uses on his smartphone to identify whatever song is playing in the room in a few seconds. That’s an incredible speed for the app to comb databases and match up information, he says.

“I know it must be a solid state drive,” he says. “Hard drives just aren’t as good at those kind of random operations.”

The world is full of talented musicians seeking an audience. Innovation is already improving the memory powering artists’ PCs and in the SSDs making their work playable with single finger tap or mouse click. As technology evolves, the recording tools as well as the avenues through which musicians earn a living, will flourish.